James Licini refers to himself as a "steelworker" and the term defines what his art entails: he takes industrially prefabricated components for steel construction and combines them into constructs that have their own sets of rules. Thanks to his experience as an ironworker, Licini is intimately familiar with steel as a material and creates his own pieces with great precision.

James Licini's work developed not only through his contact with the contemporary art scene, but also completely independent thereof. After gaining initial experience in the Bohemian world in Zurich in the 1950s and occasional collaborations in the studios of well-known sculptors, Licini began his own creative work in 1968. His abstract sculptures quickly made him a respected exponent of Swiss iron sculptures and attracted great attention abroad. In 1987 he created his first steelwork sculpture. Since then, James Licini has joined double T-girders and hollow sections into a variety of combinations in his studio near Dübendorf. In them, the steelworker gives unmistakable expression to his own thinking despite the radical simplification of forms.

James Licini has won widespread recognition for his work. Many of his steel structures can be seen on public and private land. What makes the exhibition in Ascona so special is the contrast between the industrial steel structures and the vast park surrounding Castello del Sole. Here and against the natural backdrop of Lake Maggiore and the surrounding Alps, James Licini's steel sculptures assert their own strong presence. 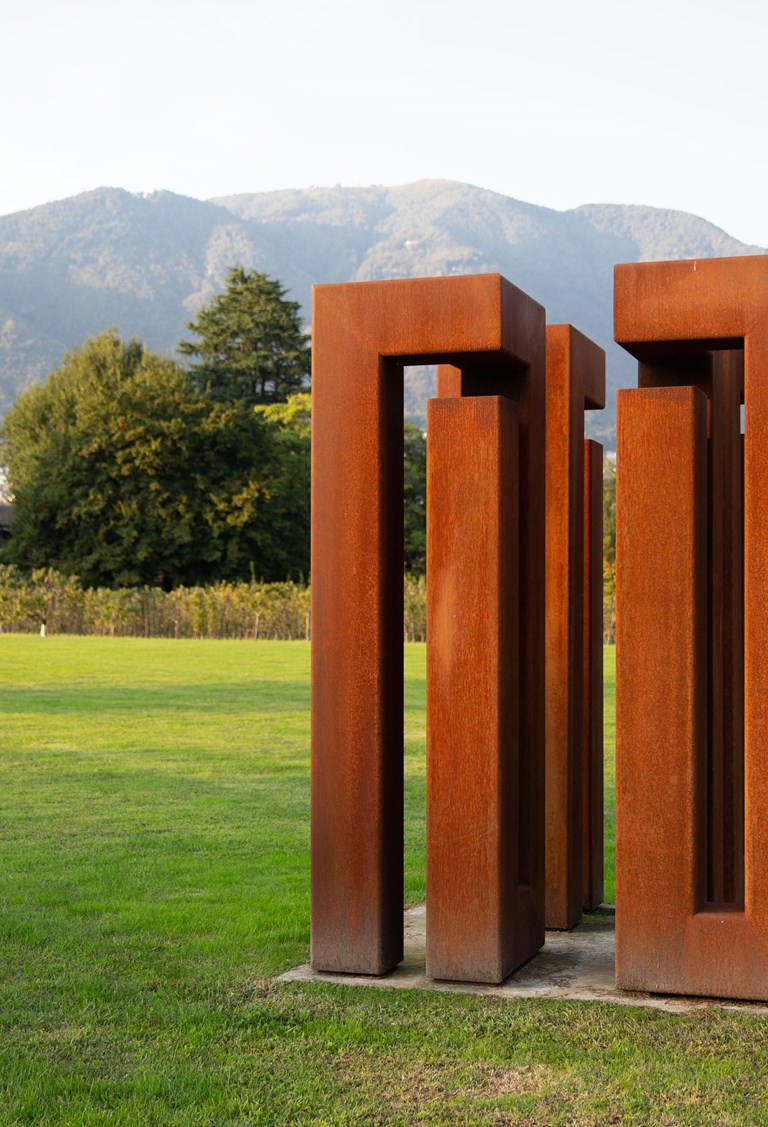